MEDINA FESTIVAL refers to the life of the ancient city where the formation of musical groups has developed since the 60's, following the example of countries and islands neighboring the Comoros such as the island of Zanzibar. Moreover, the music and songs of Comorian artists and orchestras are often inspired by this region of the east coast of Africa where Arab and Bantu rhythms are mixed and played in "Toirab". The birth of Medina Festival also pays tribute to the ancient musicians and the historical musical life that took place in the traditional cities called MEDINA. Moreover, one of the first orchestras of the Comoros Islands called called "Saif El Watwan" was created in the medina of Mutsamudu in the 1960s. Now in its 14th edition, it will bring together 10 groups including 2 local groups and 8 national and international groups. www.medinafestival.org - contact@medinafestival.org - Tél +33631804450/+262639031511/+2693227377 Facebook: medinafestival 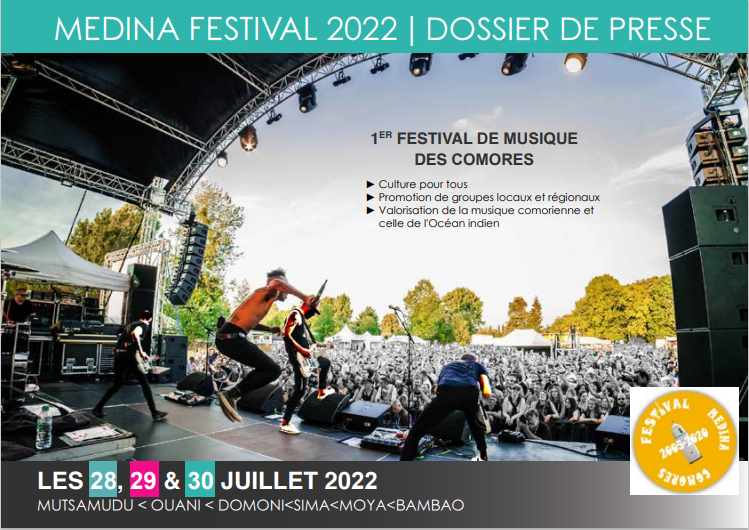 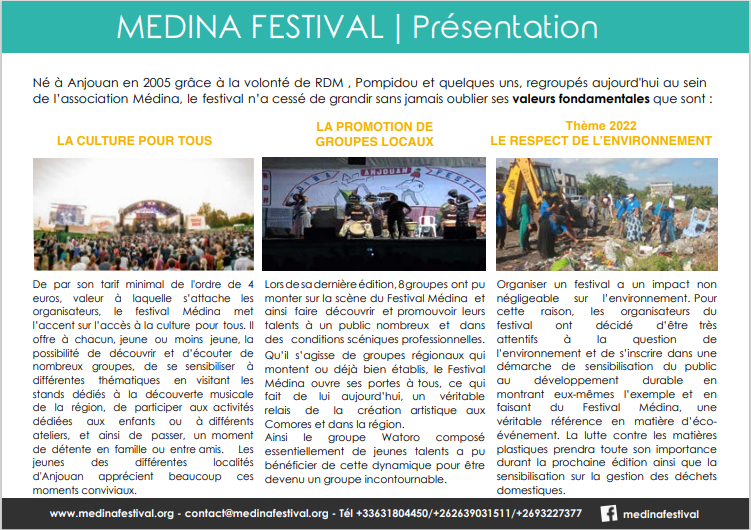 MEDINA FESTIVAL was created at the beginning by the RDM association of Mutsamudu which managed it in a professional and remarkable way until 2019.

Faced with the increasingly recurrent difficulties noted on the ground, and to safeguard this great national event, a team of 10 people formed an association whose main purpose is exclusively the management of the festival.

Thus was created the association MEDINA FESTIVAL consisting of a dynamic team that has given itself as a main mission to meet this major challenge.

This team is composed of: 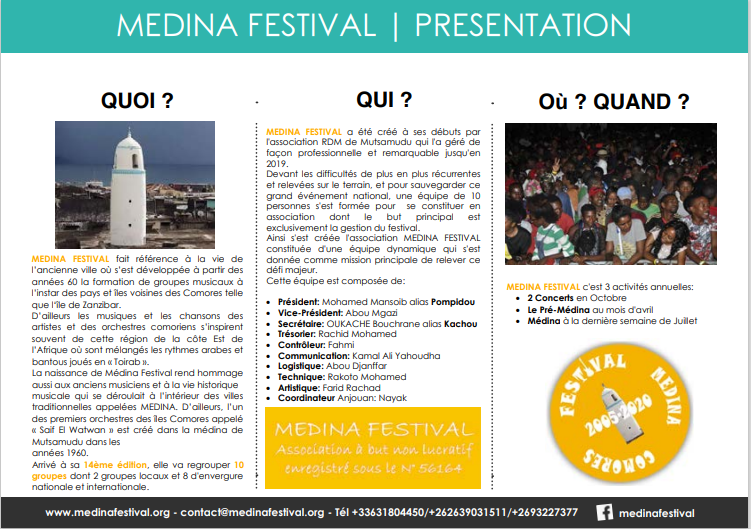 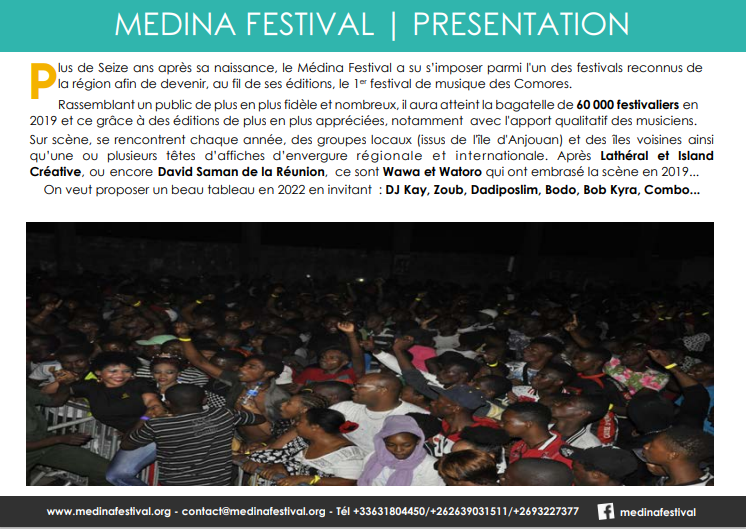 More than sixteen years after its birth, the Medina Festival has established itself as one of the recognized festivals of the region to become, over its editions, the 1st music festival of Comoros.

Gathering an increasingly faithful and numerous public, it will have reached the bagatelle of 60 000 festival-goers in 2019 and this thanks to editions more and more appreciated, in particular with the qualitative contribution of the musicians.       On stage, meet each year, local groups (from the island of Anjouan) and neighboring islands as well as one or more heads of as well as one or several regional and international headliners.After Lathéral and Island

Creative, or David Saman from Reunion Island, it is Wawa and Watoro who set the stage on fire in 2019... We want to propose a beautiful picture in 2022 by inviting : DJ Kay, Zoub, Dadiposlim, Bodo, Bob Kyra, Combo... 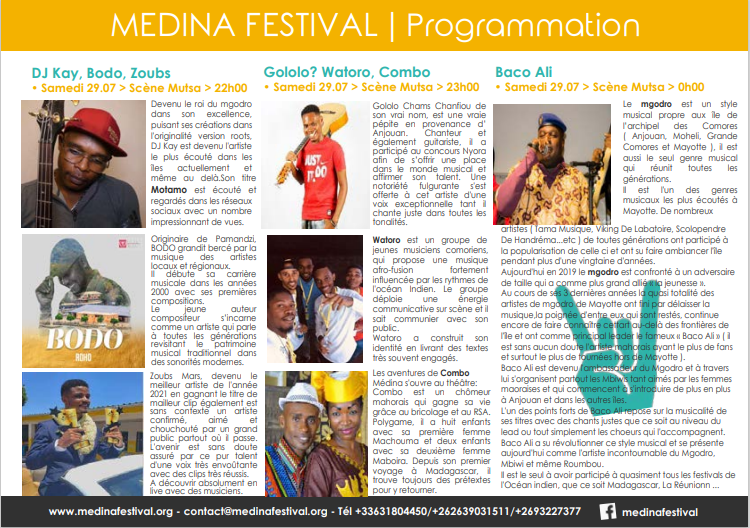 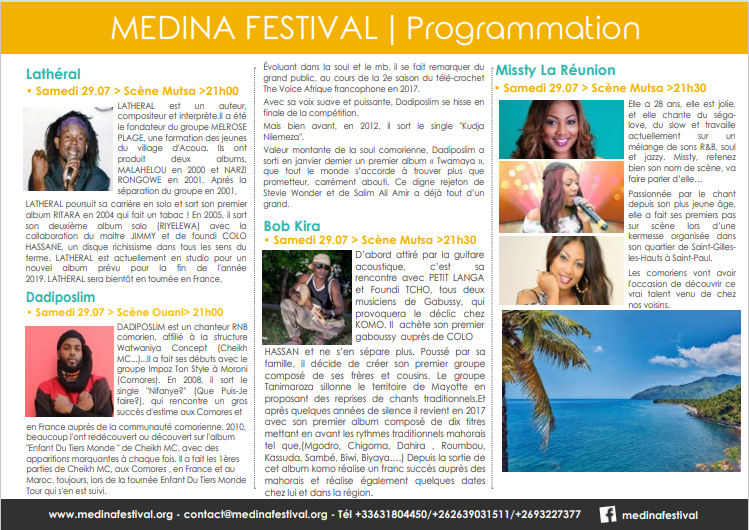