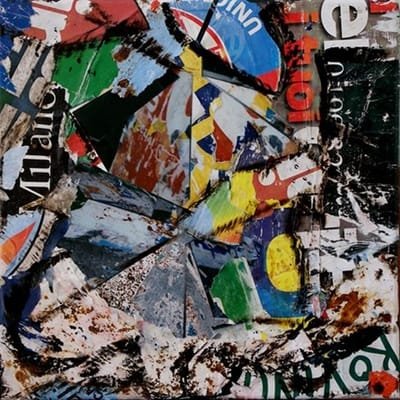 Professional profile
Mr Boopen Doobah has an MSc in Services Management with Specialization in Economic Empowerment of Women and Phd studies at the famous Swedish Karolinska Institute (Institution responsible for nomination of Noble laureates). He started his professional career in the early nineties after completion of his tertiary education in the field of Fine and Applied arts. Later, as Senior Extension Officer, he lead the technical team to set the Training Unit of the NHC/ SEHDA. As Technical Advisor at the Ministry of Women, he designed the Supervised Microcredit Program and contributed to set up the National Women Entrepreneur Council in the early 2000’s . As Deputy Coordinator of the Trust Fund for Social Integration of Vulnerable Groups ( Ministry of Finance) , he lead the Microenterprise and Microfinance Program. Mr. Doobah is the Manual Developer for BSc students of the Open University of Mauritius entitled Business Strategy and Change . He was also a former UNIDO and World- Bank Projects Expert . He is actually the Director of IOCD Africa SMME Development and Training Centre. Boopen Doobah was an Ex-Board Director of the civil service college Mauritius and serving as Deputy Chairperson of the Mauritius Film Classification Board. He also has decades of experience in Training and Coaching. He is the Manager – Program Officer and trainer of the Indian Ocean Consultancy and Development and Co. Ltd Training Centre. He has been called to collaborate and develop training manual and programs on Management, Entrepreneurship, Women Empowerment and Creativity and Innovation.

Boopen Doobah is one of the rare multi-talented and polyvalent Mauritian having studied and excelled in both Art and Strategic Management, Policy Studies, from Mauritius, UK, and the famous Swedish Karolinska Institute (Institution responsible for nomination of Noble laureates). In the eighties, he completed his tertiary education in Fine Arts, and moved to France and Reunion to work under the guidance of Art Masters and Mentors. On his return, he worked as Fine and Visual Arts Instructor at the Mahatma Gandhi Institute. Boopen has been very active as Founder Member of Studio D’Art, Art Action, Le COLLECTIF, CODEPArt, ARTA INDIANOCEANIKA, Greenaura amongst others , where groups of Artists were involved in Art residencies, workshops, and exhibitions, in Mauritius, Indian Ocean and at international levels.
His major achievements have been his selection in 1993, for the Salon D’Automne, at Grand Palais in Paris; his participation in the Kunst Academy Exhibition in Mauritius; the Johannesburg Biennale of Arts; Le COLLECTIF at Mairie de Long Jumeau, France, Arts Afrique-Ocean Indien and the Salon de Mai. In June 2020, he was appointed Director of the International Art Institute Indianoceanika, by the Italian lead institution in Quantum Arts and Science namely International Academy Movimento Arte Quantistika (IAMAQ lead by the internationally reputed Quantum Arto Scientist, Roberto Denti.)

IN THE CONTEXT OF QUANTUM ARTA INDIANOCEANIKA BIENNALE 2022


QUANTUM ART, OR THE SYNCHRONISATION OF ARTISTIC CREATIVITY AND QUANTUM SCIENTIFIC THINKING


During ancient times Art and Science were taught and applied in a rather synchronized way. In the first instance, it benefited those who were fortunate enough to access such a hybrid type of education and upbringing. This means that a “cultured” person was someone taught to use both right and left hemispheres of the brain judiciously. Note that the left-hand side of the human brain deals with logic, intellectual and scientific development The average usage of the left scientific brain is conservatively 10%. On the other hand, creativity is mainly considered a product of the brain's right hemisphere. It is now recognized that innovative people are considered "right-brain thinkers" whereas "left-brain thinkers" tend to be more analytical and logical.

The Industrial Revolution brought with it the schism from a classical synchronized left-right hemispheric brain learning system towards a predominantly left-handed one based more on logic and intellectual focus; thus depriving humanity of optimizing its idling 90 % of its subconscious right hemisphere’s brainpower.


Ancient civilizations and medieval history have produced great men whose geniuses were attributed to a large extent on their ability to synchronize and optimize their conscious and subconscious brain capacity. Mesopotamia advanced civilization 14000 BC; Vedic Aryans of the Indus Valley civilization; ancient Chinese mind blowing inventions; Egyptian pyramids and their mathematical wonders; Judeo coded biblical equidistant letter sequence; Arabic math system is just a few illustrations among others


Quantum Art, as the synchronization of artistic creativity and quantum scientific thinking

According to my research and explorations, Quantum Art, may be interpreted as the synchronization of artistic creativity and quantum scientific thinking Actually there is a global emerging trend towards uniting artists and scientists with an attempt to boost the unexplored creative potential of our neuronal networks. Since two decades, Dr. Roberto Denti, Founder of International Academy Movimento Arte Quantistika (IAMAQ, Italy) has been struggling to develop and promote an innovative hybrid Art philosophy of that I would coin as the emerging Quantum Arto-Science Theory; where artistic creativity and quantum scientific thinking open new spaces for synchronized dialogues and expressions among artists and scientists.

Creativity as a predominantly "right-brain ability".

A new brain-imaging study conducted by Drexel University's Creativity Research Lab published in the Journal of Neuroimaging ( Kounios, 2020), sheds light on the right hemispheric creativity by studying the brain activity of 32 jazz guitarists of novices and experience ones during their improvisations. John Kounios, who led the team used High-density electroencephalograms (EEGs), and recorded electrical signals in the brains of the respondents.

The study showed that creativity is mainly driven by the right hemisphere in jazzmen who are inexperienced at improvisation. In contrast, the highly experienced musicians relied on their left hemisphere for improvisation. The study concluded that creativity is primarily a "right-brain ability" when a person deals with an unfamiliar situation but that creativity draws on well-learned, left-hemisphere routines when a person is experienced at the task. This research may further contribute to the development of new innovative methods for training artists and people to be more creative in their respective fields.

The aim is to better apprehend, understand and interpret underpinning concepts namely; Nature, the Cosmos, Consciousness, the multidimensional Multiverse. Quantum science is an extension or an attempt to unite Newton's Classical Physics and Einstein's theory of relativity through the more mathematically accepted Unified String Theory. Accordingly, there are three such attempts namely the Bosonic string theory, where spacetime is 26-dimensional, while in Superstring theory it is 10-dimensional, and in M-theory spacetime is 11-dimensional